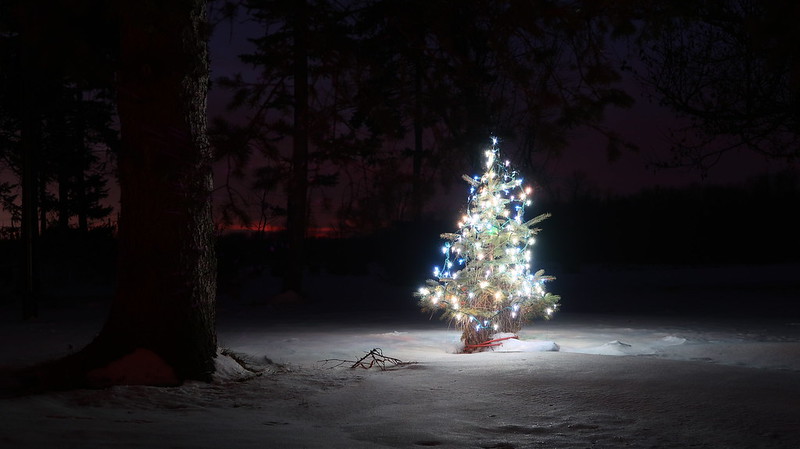 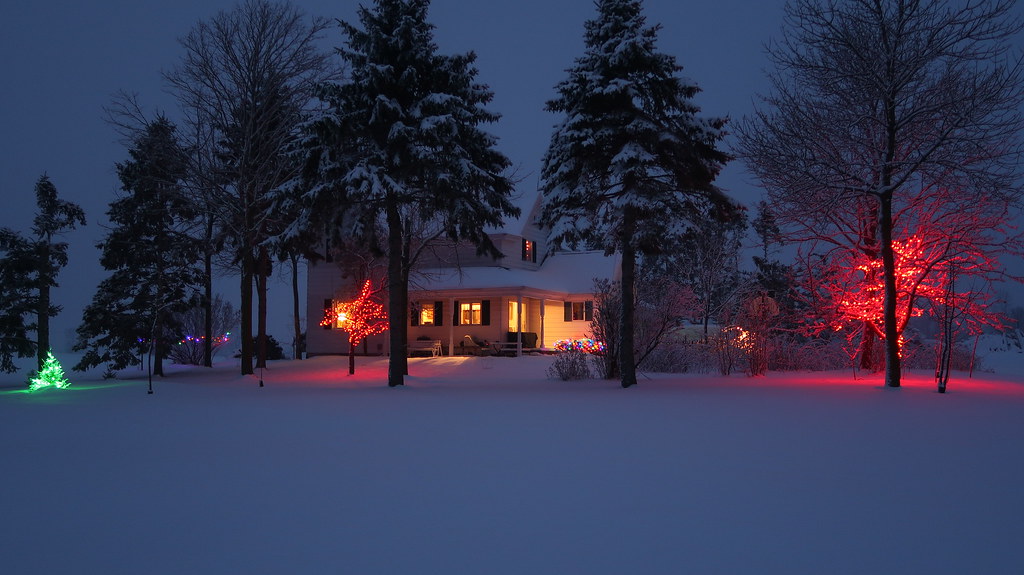 Almighty and ever-living God, You make us both to will and to do those things that are good and acceptable in Your sight.  Let Your fatherly hand ever guide us and Your Holy Spirit ever be with us to direct us in the knowledge and obedience of Your Word that we may obtain everlasting life; through Jesus Christ, our Lord.

“Every good gift and every perfect gift is from above, coming down from the Father of lights, with whom there is no variation or shadow due to change.”  (James 1:17, ESV).

The American Birkebeiner is one of the largest cross-country ski races in the world.  It is held every year in northern Wisconsin between Cable and Hayward.

Each February an estimated 40,000 skiers and spectators gather in Cable and Hayward, Wisconsin to take part in North America’s largest and greatest ski race, the American Birkebeiner.  In homage to the races roots, every year the American Birkebeiner reenacts the historic flight of the Birkebeiner warriors, Torstein and Skervald, when two skiers in full traditional costume and on wooden skis reenact the escape along the entire 55K classic cross-country race course, surrounded by over 10,000 other determined skiers.  Along the race course, the warriors are joined by Prince Haakon’s mother, Inga.  The Birkebeiner warriors carry a baby doll throughout the journey and pick up an infant child to ski with them over the International Bridge, toward the finish line, and the thousands of cheering fans on Hayward’s snow-covered Main Street.  It is a true celebration of the roots, legacy and traditions of the race.

An iconic world-class, International, sporting event, for over 40-years the American Birkebeiner has helped shape the lives of tens of thousands of participants from elite athletes to recreational citizen skiers.  To date, over 250,000 skiers have finished American Birkebeiner ski events. 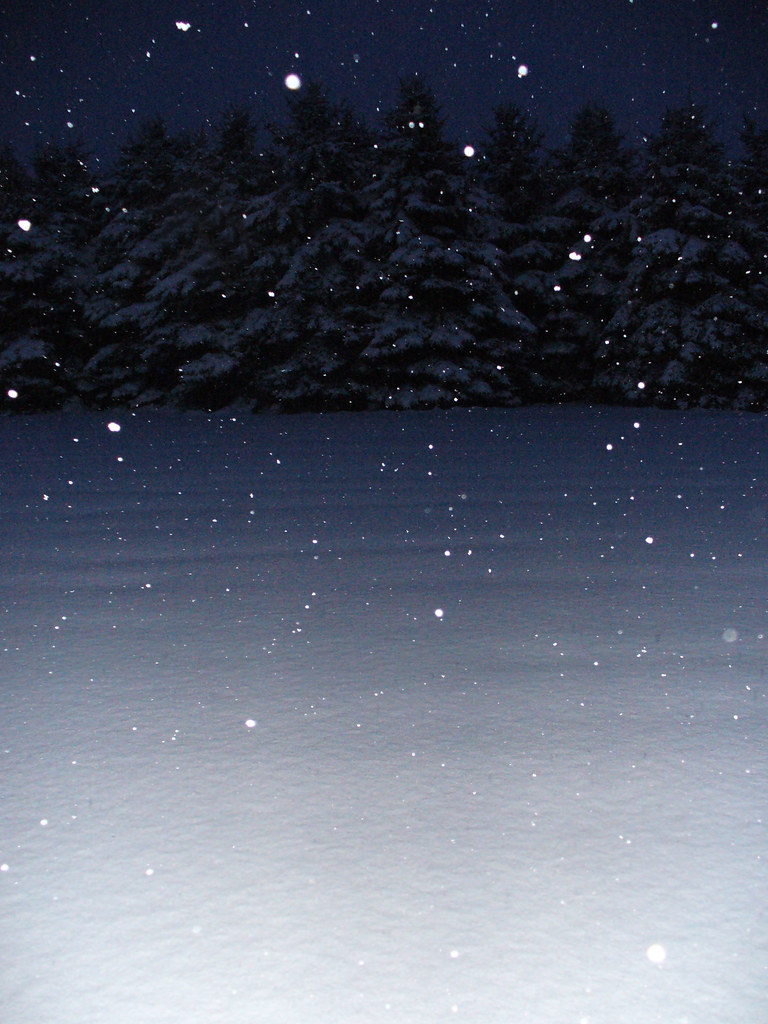 Christmas Eve is the last day of Advent.  Tomorrow, we celebrate the coming of Jesus as a baby.  Jesus is fully God and fully man.  He is “God of God, Light of Light, very God of very God, begotten, not made …” but who also “was made man.”  (Nicene Creed).

The complete divinity and complete humanity of Jesus Christ cannot be overemphasized especially in this world of ignorance where so many think that Christians and Mohammedans worship the same God, and that all religions are “basically the same.”  No one is like Christ, and no god can compare.

What happened at the Incarnation (March 25) and at Christmas (December 25) testifies to the true nature of God, the Trinity.  The Incarnation is beautiful and mysterious, and evinces a glory deeper than the greatest show of glory.  It is a hidden glory of weakness and love.  Almighty God became a real human baby.

Creator of the stars of night,
Thy people’s everlasting Light:
O Christ, Redeemer, save us all
And hear Thy servants when they call.

To God the Father and the Son
And Holy Spirit, Three in One,
Praise, honor, might, and glory be
From age to age eternally. 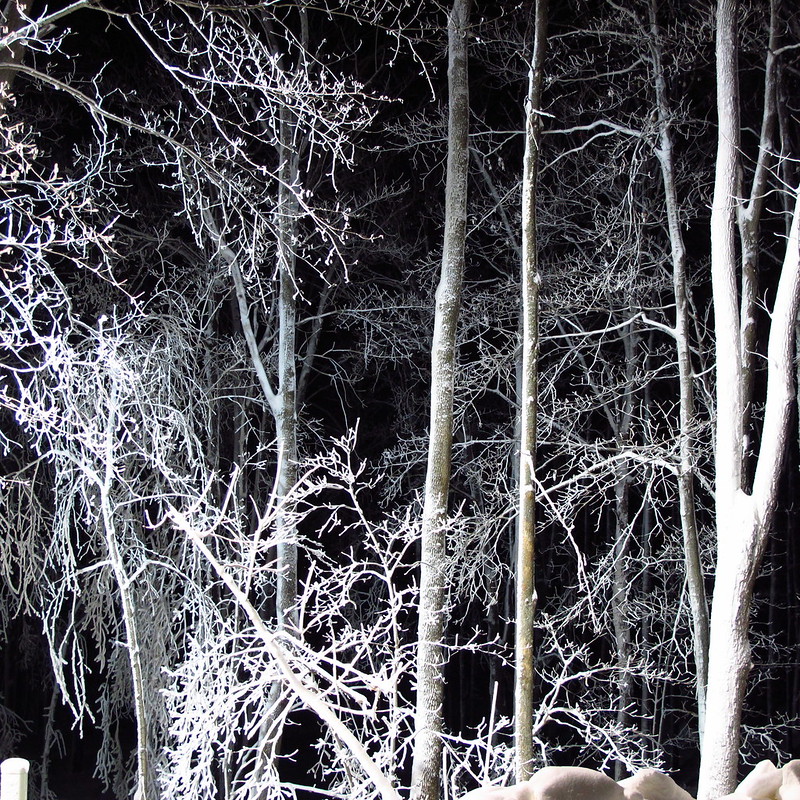 We haven’t had much snow around here this Winter, and that put a big crimp in my Winter photography plans.  The pictures in this post are actually from last Autumn before Thanksgiving 2014.  They were taken at Rib Mountain near Wausau, Wisconsin.

I was passing through Wausau on a business trip, and planned to stop at Rib Mountain for the sunset.  Unfortunately, the end of daylight-saving-time threw off my calculations, and I arrived after dark.  It was still beautiful, but I didn’t have a powerful enough flash to light up entire trees. 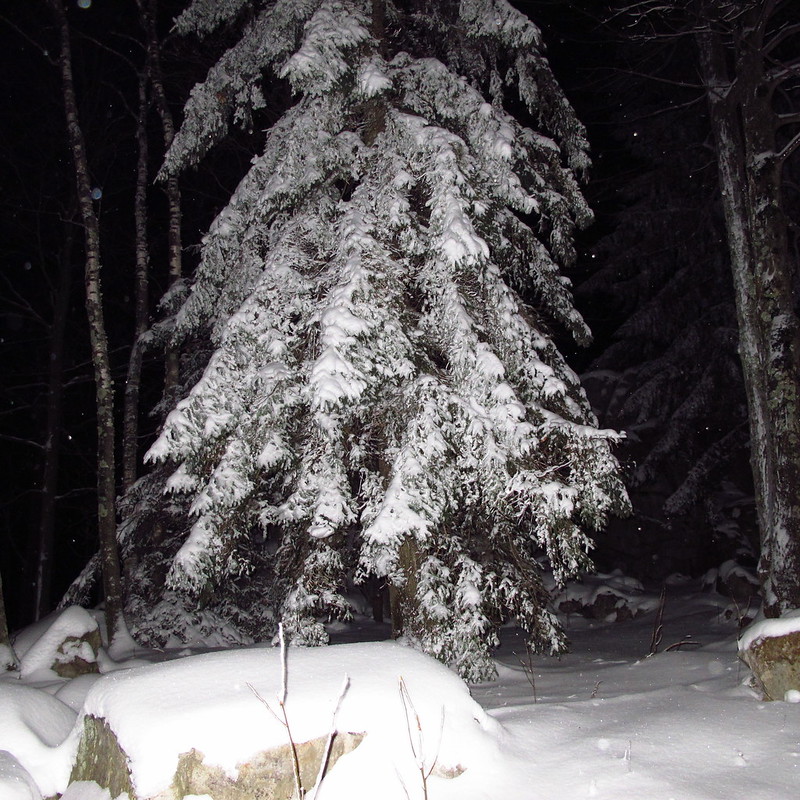 If I stood far enough away to capture the entire evergreen tree above, then the flash was too weak.  So I got close, and captured half the tree.  Oh well.  I did want to post something wintery before the season ended.

March might be good for at least one big beautiful storm yet, but we’ll see.  Whether you enjoy the snow or no, may the Lord be with you.

Christmas Eve is the last day of Advent.  Tomorrow, we celebrate the arrival of Jesus as a baby.  This baby is fully God and fully man: “God of God, Light of Light, very God of very God, begotten, not made …” but who also “was made man.”  (Nicene Creed).

He is a wonder too marvelous to comprehend.

The colors of Advent are purple and blue symbolizing repentance and expectation.  Many Christians keep a midnight vigil on Christmas Eve, as they await the coming of the Lord.

The above picture is cold and beautiful.  I believe those concepts are appropriate for Advent because while we await the return of the Lord, this world can be a cold place, but in the hope and promise of Christ His life here is also beautiful.

The sun sets over a frozen Lake Winnebago. 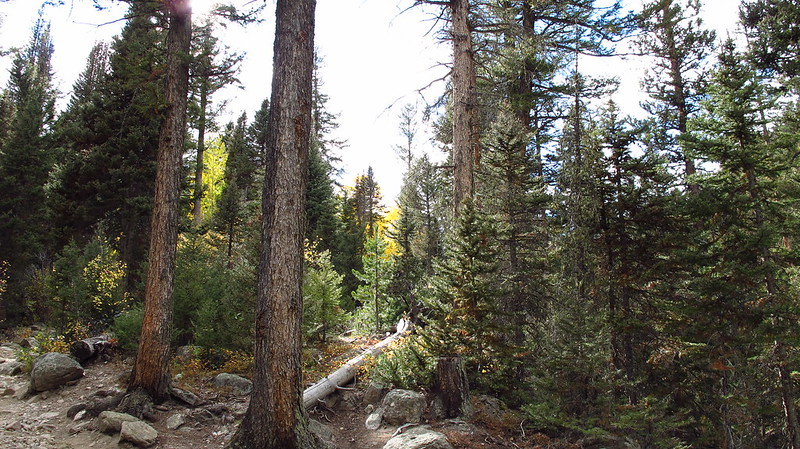 Many in the mid United States are tired of the windy cold and snow.  Yes, it’s been cold.  The picture above is of a September day in Rocky Mountain National Park.  The sun shone off and on, and it was a fairly warm day.  Some of those trees are young, some are old, and some are lying on the ground.  Trees, people, and seasons all come and go.

It won’t be Winter forever.

A generation goes, and a generation comes,
but the earth remains forever.
The sun rises, and the sun goes down,
and hastens to the place where it rises.
The wind blows to the south
and goes around to the north;
around and around goes the wind,
and on its circuits the wind returns…

[Nonetheless, God] has made everything beautiful in its time.  Also, he has put eternity into man’s heart, yet so that he cannot find out what God has done from the beginning to the end.

Be it people or seasons or any other natural beauty, may God grant to all of us the ability to enjoy everything that is beautiful in its time, today.

All the pictures in this post were taken in a field on Christmas Eve 2013 A.D.  So the original title of this post was supposed to have been “White Christmas Winter,” but Flickr changed some of its code, and I had difficulty posting pictures here to WordPress.  So now it is an Epiphany post.  It was a white Christmas, and so far God has blessed us with a snowy and cold Winter.

Whether God sends us warmth or cold or wind, we rejoice in all things.

In the picture above, one can see that the trunk of a very large tree was snapped in half by a tornado last August.

A lot of trees were bent over by that tornado.  Many were also broken.

New trees will grow in their place.

Epiphany is a season in which we celebrate the revelation of the shining light of Jesus Christ.  The baby born in Bethlehem is the Son of God and the promised Messiah.

The Christmas Eve snowstorm delivered about eight to ten inches of a very flaky fluffy snow.

The picture above shows the flat reflective flakes this snow can form.

Only a very cold day will preserve such delicate flakes in a bright Winter sun.

If one cross-country skis at night with a headlamp through this type of snow, the snowflakes will reflect the light back from the lamp in a million little points of light.  As one schusses through the snow, those lights can sparkle.

It is beautiful on a cold winter night with twinkling stars above and sparkling snow below.

Above is a short video to give an idea of what that sparkling can be like.

Unfortunately, internet compression has caused this video to lose much of its rich blue color and sharp detail.

These tracks would often suddenly end.  This snow is so fluffy, it must be easy for an adventurous mouse to tunnel underneath.  I suppose they have to watch out for hawks.  How does such a little mammal stay warm when it is so cold outside?  God watches over all His creatures.

I saw a number of animal tracks in the snow.  I’m not an expert, but I thought I also saw tracks from wild turkeys and possibly a pair of foxes.  Maybe the Lord’s creatures were out preparing for Christmas.  We know that all “creation waits with eager longing for the” second coming of Christ.

For the creation was subjected to futility, not willingly, but because of him who subjected it, in hope that the creation itself will be set free from its bondage to corruption and obtain the freedom of the glory of the children of God.  {Romans 8:19-21, ESV}.

Winter photography seems to be best only when it is very cold, or maybe that is just my fingers’ imagination.

Usually, this is as close as I get to a selfie.

May the true love and selfless beauty of Christ be revealed to you.  May God bless you and your family in this season of Epiphany.

This post is my entry in a word a week photography challenge.  This week’s word is glitter:  Downtown Naperville, Illinois, glittered during a snowstorm on New Year’s Eve.