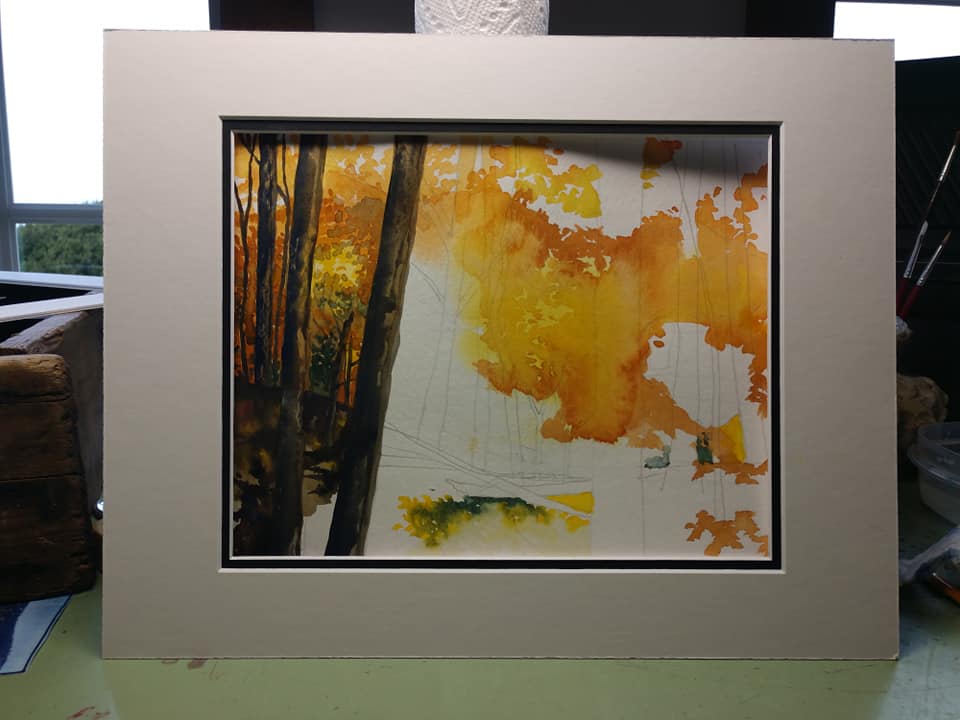 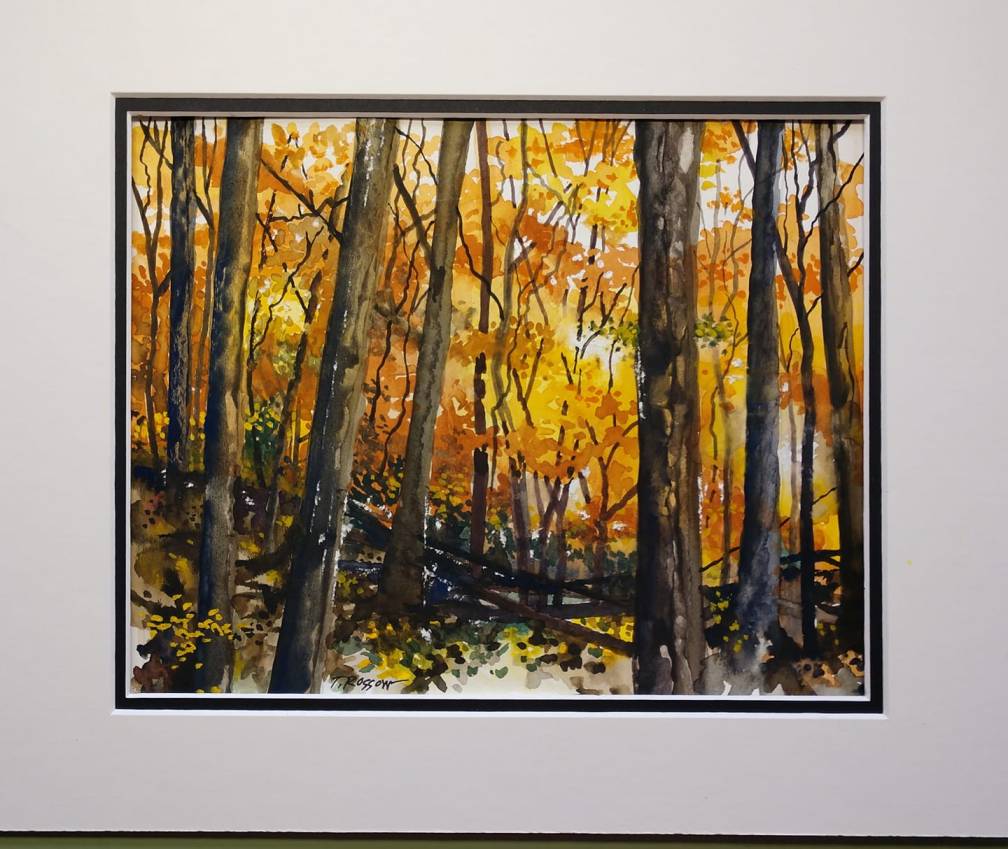 All good art reflects the truth and beauty of God’s creative word.  Below is a video I took in the same area about the same time.

To God alone be the glory.  Soli Deo gloria. 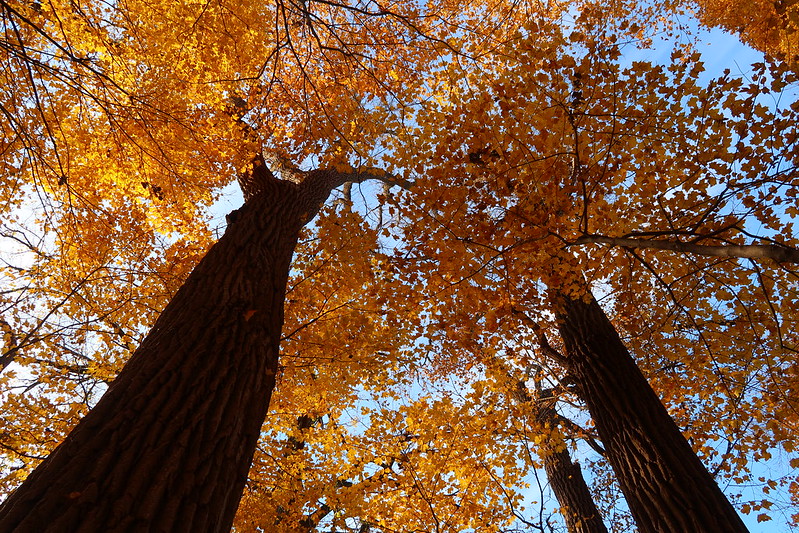 “For everything there is a season, and a time for every matter under heaven” (Ecclesiastes 3:1, ESV).  The leaves in this photo are already gone.

So far, Flickr has hosted most of the photos on this blog.  However, recently, SmugMug acquired Flickr from Yahoo, and announced new pricing plans and impending photo deletions.  Because I’m not willing, at this time, to commit to paying SmugMug a monthly fee for the rest of my life, there will be deletions of old photos.

This has happened before.  When PicApp went out of business, this blog lost the pictures on some of its best and most popular posts.  What man does comes and goes, but

Because of this change, I plan to transition my Flickr account away from documentary evidence and more toward artistic photography.  SmugMug will stop uploads in January, and will begin photo deletions in February 2019.  Right now, photos are already disappearing because I’m attempting to proactively save the best artistic by deleting the older documentary.

Internet companies come and go, but the Word of the Lord endures forever.  Verbum Domini Manet in Aeternum.  VD+MA.

In recognition of the 501st anniversary of the beginning of the Reformation, Light from Light hosted a giveaway of a copy of the Christian Book of Concord, Second Edition from Concordia Publishing House.

One-hundred-ninety-nine people entered.  The winner chosen at random was Samuel W.  Samuel wrote back to say, “Yes, I received it and it is gorgeous!  Thank you so much!”

The Book of Concord should be in every Lutheran home.  If a person isn’t familiar with this book, he’ll think, ‘That old book is just for pastors.  I don’t have to preach.  After working all day, I can’t sit down and study in the evening.  If I read my morning and evening devotions, that’s enough.’  No, that is not enough!  The Lord doesn’t want us to remain children, blown to and fro by every wind of doctrine; instead of that, He wants us to grow in knowledge so that we can teach others.

Click here for additional reasons why every Lutheran home should have a copy of the Christian Book of Concord.

May God bless you in the upcoming holiday / holy-day season. 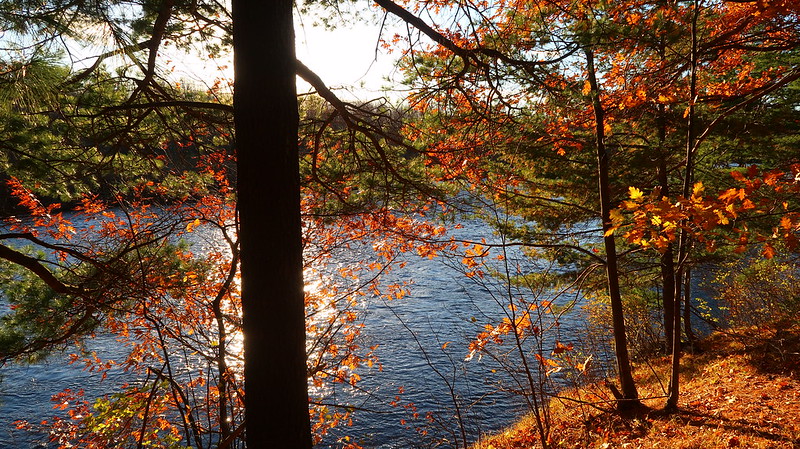 Autumn Leaves next to the Wisconsin River

Gold in the Far Forest

Click on the four arrows icon to make the video full screen.  My battery ran dead after this video.  Some day, I will learn to bring fully charged spare batteries. 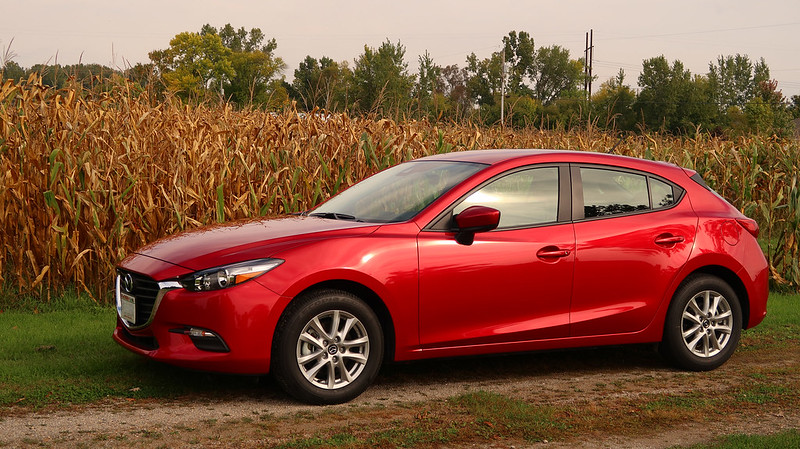 All color is a gift of the Lord. 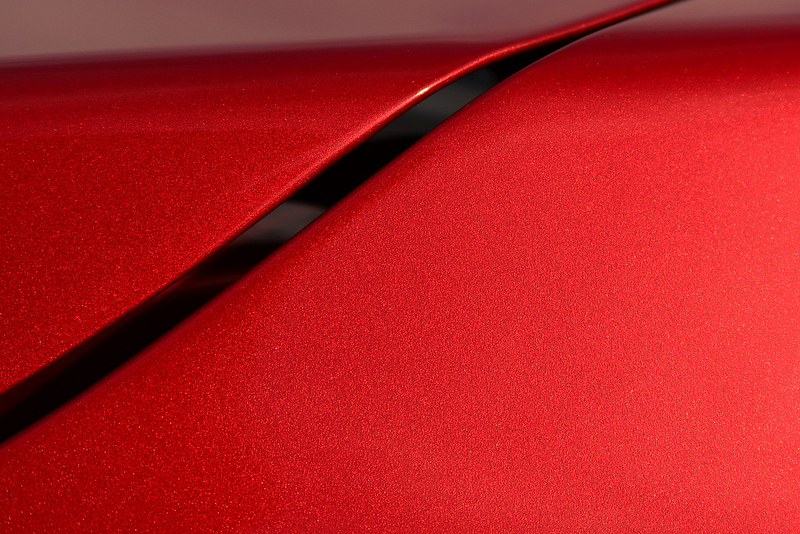 Red is the liturgical color used for the feasts of the Lord’s passion, of the martyrs who followed in His footsteps, Pentecost, and Reformation.

God put red in the rainbow he showed to Noah, and promised that he would never again destroy the whole world in a flood.  Red is a symbol of sin.  (Isaiah 1:18).  But it is also the color of Jesus’s life and blood.  (Leviticus 17:11).  So like the cross, red symbolizes our evil and God’s mercy.

Five hundred one years ago on October 31, Martin Luther posted ninety-five theses.  Those theses sparked a discussion in the one holy catholic and apostolic Church that is still ongoing.  The first theses said:

When our Lord and Master, Jesus Christ, said ‘Repent,’ He called for the entire life of believers to be one of repentance.

After the winner is chosen at random, all names and emails will be permanently deleted.  The deadline for entries is 12 noon CDT on All Saints’ Day, Thursday, November 1, 2018 A.D. 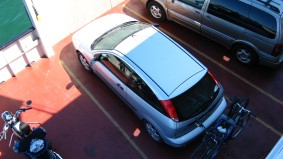 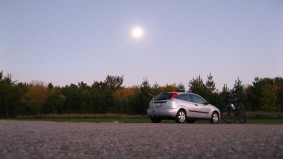 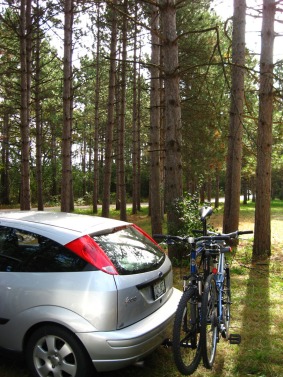 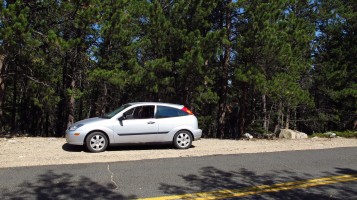 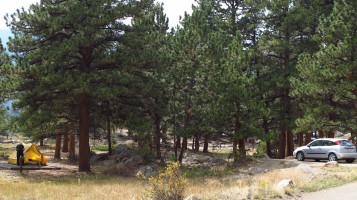 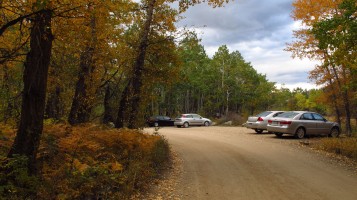 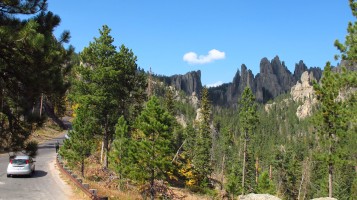 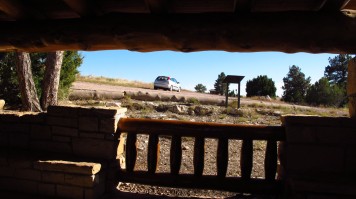 I was sad to see it go.  The engine ran well, and everything worked, but rust was starting to become an issue.  It’s not the car that meant so much, but rather the people, places, and adventures.  For eighteen years, the little silver car was an avenue of God’s grace.  Thank you for the memories and the travels! 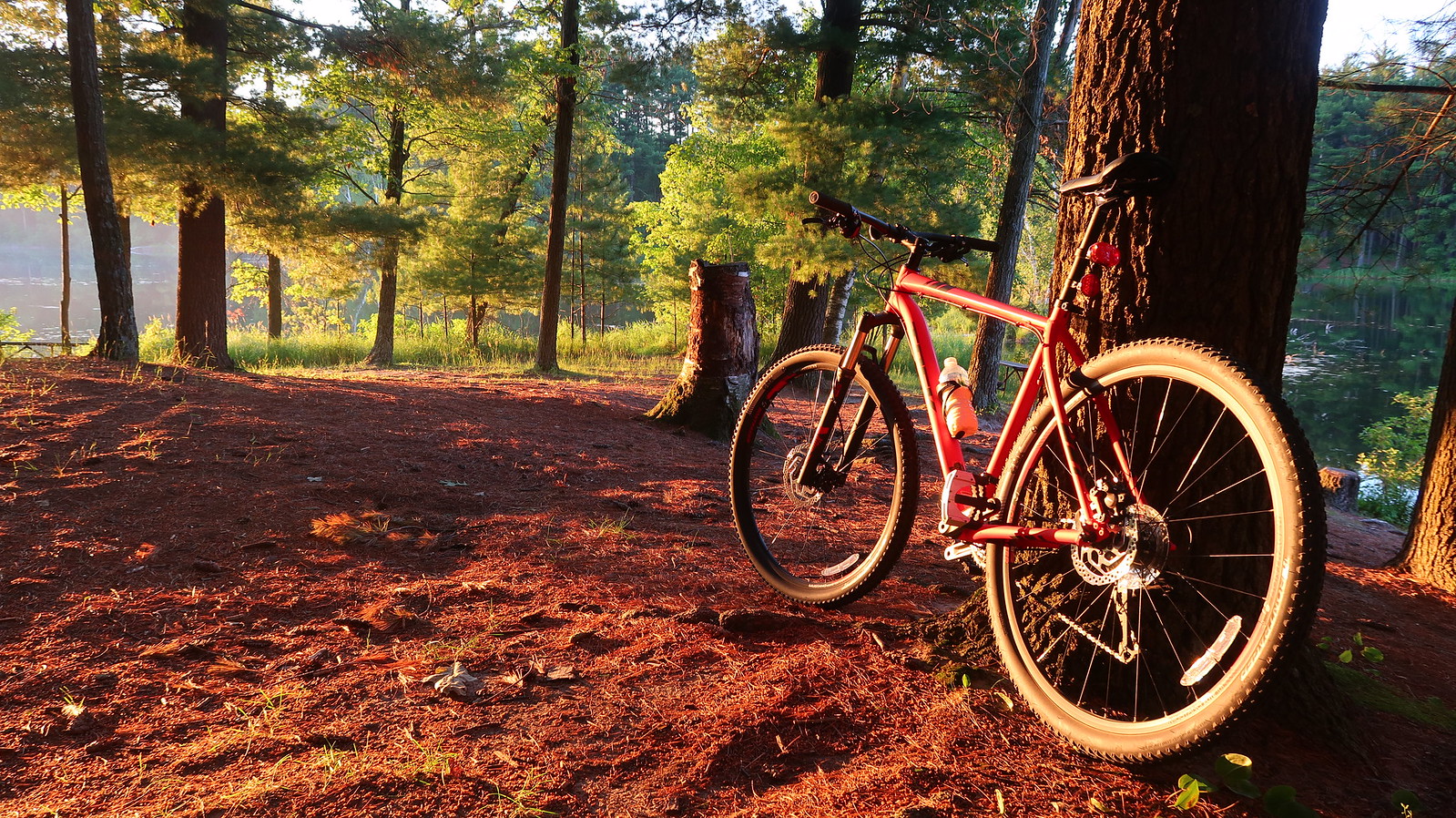 And I commend joy, for man has nothing better under the sun but to eat and drink and be joyful, for this will go with him in his toil through the days of his life that God has given him under the sun. 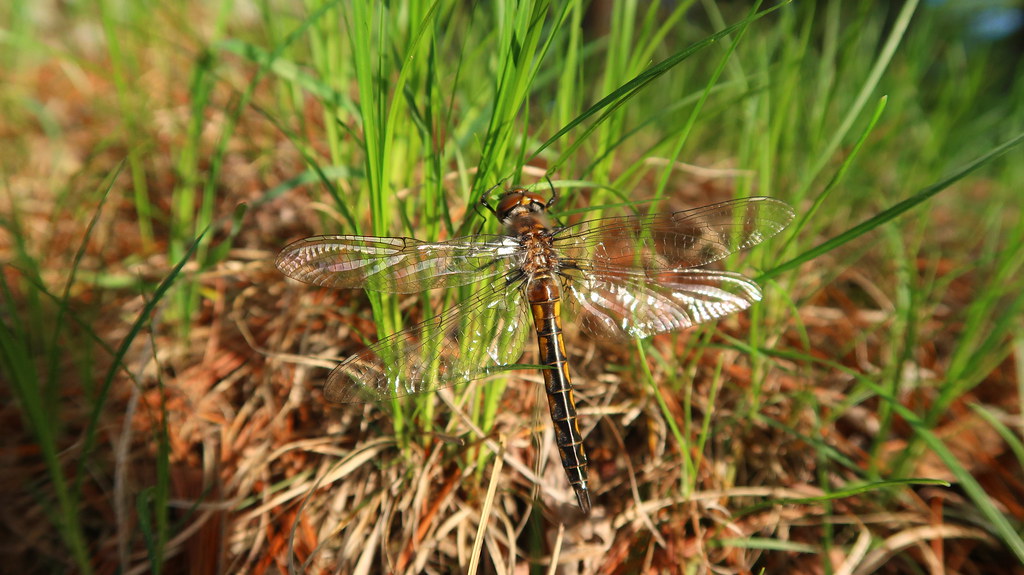 It was a day of cool crisp air filled with warm Spring sunshine.  This dragonfly fluttered its wings in the sunbeams of early evening.

Who among all these does not know
that the hand of the Lord has done this?

In his hand is the life of every living thing
and the breath of all mankind. 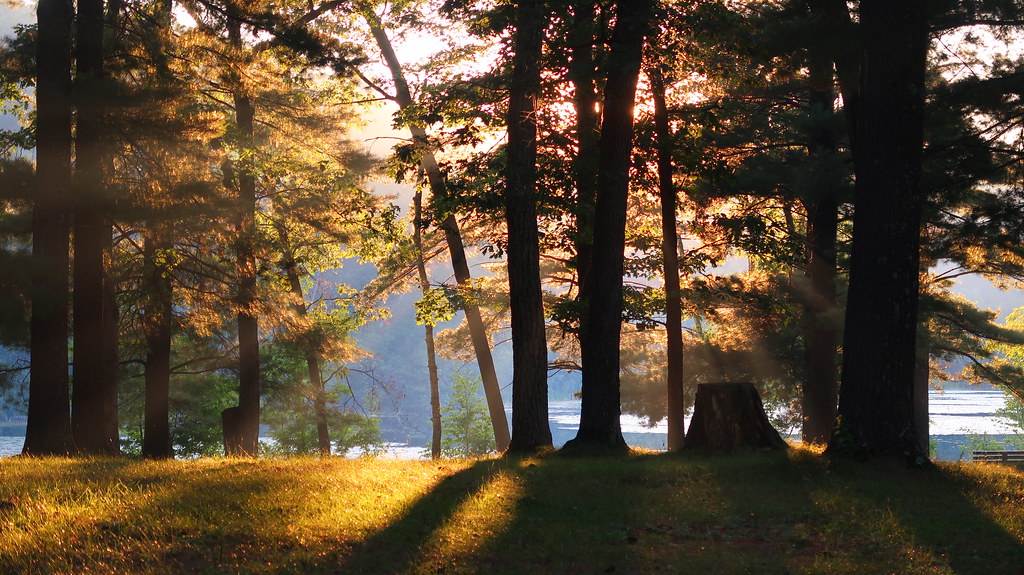 The sun sets over Hartman Creek forming silhouettes of the trees.

From the rising of the sun to its setting,
the name of the Lord is to be praised!

The Lord is high above all nations,
and his glory above the heavens! 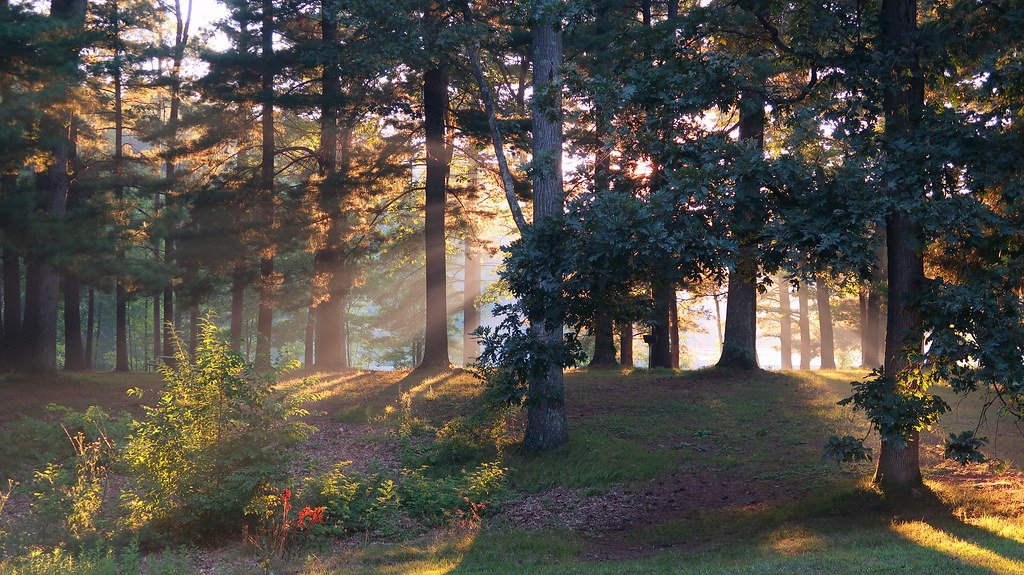 Sun beams peer through the trees at Hartman Creek State Park.  This area of the park is a good place to contemplate.  God creates amazing beauty for even the poorest of us.

Who is like the Lord our God,
who is seated on high,
who looks far down
on the heavens and the earth?

He raises the poor from the dust
and lifts the needy from the ash heap,
to make them sit with princes,
with the princes of his people…